On March 23, Patrick Henry delivered his famous "Give me liberty or give me death" speech.  It was also the year, of course, that the American Revolutionary war began, with the engagements at Lexington and Concord on April 19.  Four days later, the artist J.M.W. Turner was born.  Within a month after Benedict Arnold and Ethan Allen captured Fort Ticonderoga, James Watt invented the steam engine.

Battles of Lexington and Concord (April 19)

A year prior to the Declaration in Independence, the first shots were fired in the American Revolution on April 19, 1775 in Lexington, Massachusetts, as Captain John Parker and his handful of Lexington militia faced the British Regulars under Major John Pitcairn who were on the way to Concord to seize military supplies.  Who fired the first shot remains unknown; several American militiamen were killed.  At the North Bridge in Concord, the Americans again faced the Regulars but this time the Regulars fired first.  The way back to Boston, though, saw the Regulars under constant, guerilla-like assault, and the exhausted Regulars were saved from annihilation by fortuitous reinforcements. 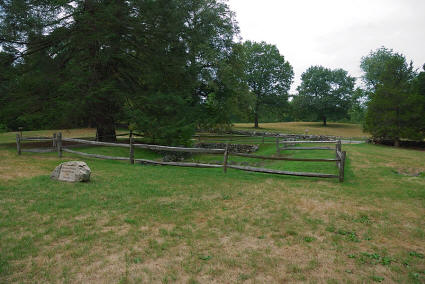 Fort Ticonderoga fell to American forces led by the Colonel Benedict Arnold and Ethan Allen, commander of the "Green Mountain Boys," prior to independence being declared, on May 10, 1775.  The fort was minimally defended, yet its seizure permitted the American forces to garner a significant artillery force.  Both sides recognized the critical position of the fort as controlling both Lake Champlain and the route from Canada to New York, but it was also important to maintain the ability to cut off New England and New York from the balance of the colonies.  Two years later, on July 7, 1777, it was retaken by the British under General John Burgoyne on his way south to Albany.  He mounted a cannon on Mount Defiance, seen in the first image to the right, which at higher elevation allowed bombardment of the fort.  With a probability of defeat, the Americans abandoned the fort.  Burgoyne was stopped at Saratoga. 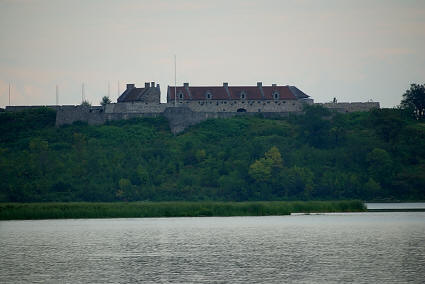 Following the battles at Lexington and Concord, the Americans besieged Boston.  General Thomas Gage was commander of the British, and ordered recently arrived General William Howe to assault the American position in Charlestown, across the water, on June 17, 1775.  Commanded by Colonel William Prescott, General Artemas Ward, and General Israel Putnam, the Americans had erected redoubts and breastwork overnight, and established a line from Breed's Hill to the Mystic River.  British General John Burgoyne observed the battle from the British artillery position on Copp's Hill in Boston proper.  The British direct assault up the hill took three efforts and resulted in great casualties.  The Americans ran out of ammunition and ultimately were overrun.  Patriot Joseph Warren was killed.  The British won, and it was a costly victory.  Some historians have attributed the bloodiness of it to Howe's later caution in pursuing tactical successes - as at Brooklyn.

Montreal surrendered to American General Richard Montgomery on November 13, 1775.  Pictured below is a view of the Old City.  Ethan Allen had previously attacked the city on September 25, 1775 and failed to take it, resulting in his capture and transportation to England.  Allen led 110 Canadian and Connecticut troops; he was defeated by 500 British Regulars and militia under General Guy Carleton.  Montgomery arrived with some 1200 troops against a garrison of only 150 defenders.  Carleton himself was nearly captured.  The American occupiers defaced the bust of King George III which is where the current statue of the founder of Montreal stands. 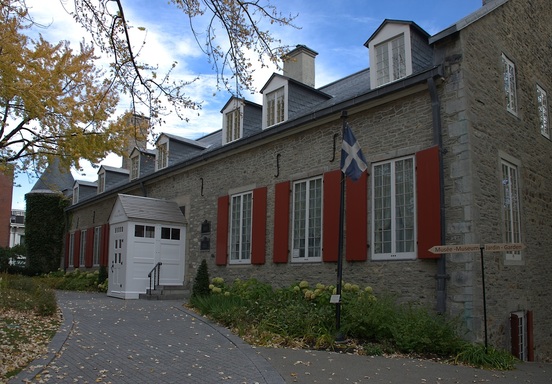 Colonel Benedict Arnold's incredible march from Kennebec, Maine (then part of Massachusetts) to Quebec took six weeks through bitter weather and harsh, unforgiving terrain.  He started out with 1000 men and finished with 600.  The plan was for him to team with General Richard Montgomery, who had occupied Montreal, to take Quebec.  The goal was to neutralize the British and bring the "fourteenth colony" into the war.  For those of his men in the Continental army, enlistment set to expire January 1, 1776, Arnold and Montgomery assembled their forces on the Plains of Abraham, and launched their assault on December 31, 1775.  It proved disastrous.  Quebec under General Sir Guy Carleton yielded 1,800 men; Arnold and Montgomery mustered 900 on the Plains of Abraham.  Montgomery assaulted to the south along the Citadel and the Cape Diamond Bastion where he was killed.  Arnold came through the north and the Palace Gate, was wounded at Sault-au-Matelot, and had to be carried out.  Despite further heroic effort by Captain Daniel Morgan, the Americans were driven back or captured.  They attempted to besiege the city through the spring, suffered disease, and withdrew as British reinforcements arrived.  The American effort in Canada failed and was not seriously pursued again until the War of 1812. 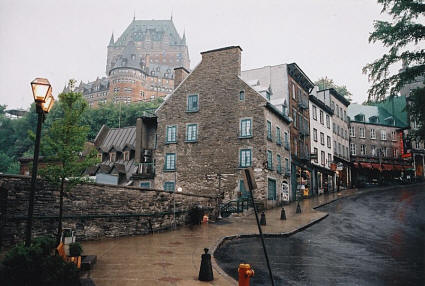