The significant action of the year was not between the British and the Americans, but more between the new American nation and the Native Americans, and in particular the Iroquois Confederacy, which was virtually destroyed on order of Washington by General John Sullivan.  Stony Point and Paulus Hook were moments of glory for "Mad Anthony" Wayne and "Lighthorse Harry" Lee.

On June 10, 1779 Loyalist Lieutenant James Moody of the New Jersey Volunteers led the successful force in a raid on weapons and supplies at Tinton Falls, New Jersey, as well as the capture of several important militia officers in Monmouth County, New Jersey.  As he was making his way back to Sandy Hook and British lines, further fighting ensued, and two of the American officers were killed. 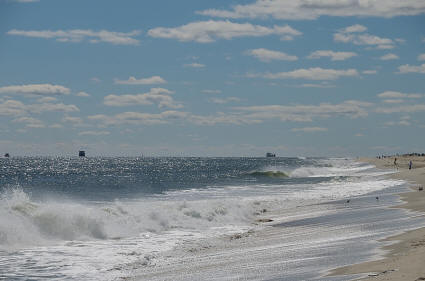 William Tryon, the Loyalist governor of New York and a military commander, espoused a theory of "desolation warfare" that targeted civilian property in an effort to demoralize the population.  It was part of a total war philosophy, one called "terroristic" by Paul David Nelson in William Tryon and the Course of Empire.  This was not universally accepted by British officers and was opposed by many, though accounts of the war in South Carolina reveal similar attitudes by Banastre Tarleton and even Cornwallis.  Tryon had the opportunity to put this into practice when he was authorized by British General Henry Clinton to conduct raids in Connecticut.  Here, on July 5, 1779 at Black Rock Fort with New Haven in the distance, 18 men under Lieutenant Daniel Bishop fired upon and engaged Tryon's far superior force of 700 that landed at East Haven.  They spiked their guns, attempted to withdraw, and were captured.  Other British forces landed in West Haven and proceeded to New Haven.  The Connecticut Gazette reported that 27 Americans were killed and 19 wounded. 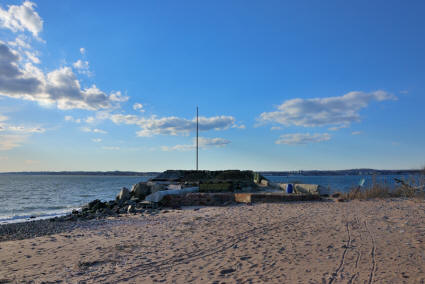 Another one of the raids by Loyalist General William Tryon along the Connecticut coast was the engagement at Norwalk and the burning of the city.  Some 2,500 men led by Tryon landed on Saturday evening on July 10, 1779 at Fitch's Point and the area now known as Calf Pasture Beach on the east side of the Norwalk Harbor.  On July 11, a force of Hessians and Loyalists attacked on the west side of the harbor, and Tryon with his Regulars moved northward into Norwalk on the eastern side of the river.  The British destroyed the St. Paul's Church on July 11.   Tryon purportedly watched the burning of the city from a rocking chair on a hill.  The following day, July 12, the final skirmish occurred in which the American militia made a stand at the so-called "Battle of the Rocks." Washington praised the efforts of the local militia in a letter to Continental Congress on July 13, 1779. 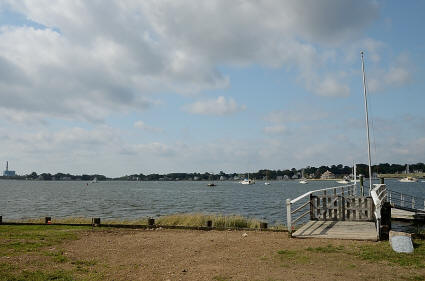 On July 16, 1779, American forces under General Wayne avenged Wayne's loss at Paoli by surprising and defeating the British force at Stony Point, New York.  Like Washington's surprise and defeat of the Hessians at Trenton, this Patriot victory had little strategic value but was of significance for its boost to morale at this point in the war.  Stony Point had changed hands from American to British, and controlled a significant Hudson River crossing.  Its position on a rocky, elevated peninsula made it a formidable target.  Dismissing a frontal assault, Wayne implemented a three pronged attack, with the central column a diversion, and attacked at night.  Faced with British General Henry Clinton's approach, two days after the victory Wayne abandoned the Point and rejoined Washington.  British strategic planning shifted to the Southern theater.  The battle also inspired the attack a month later on Paulus Hook. 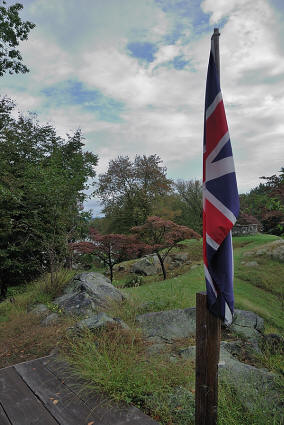 On July 19/20, 1779, Joseph Brant (Thayendanegea of the Mohawks), led a combined force of about 60 Indians and 30 Loyalists in several hit and run raids in which he burned houses, farm buildings and mills, in addition to looting and taking prisoners.  A force of local militiamen assembled at Mahackamack (now Port Jervis, New York), consisting of  120-130 militiamen under Colonel John Hathorn and Lieutenant Colonel Benjamin Tusten, joined by Major Samuel Meeker of Sussex County.   Brank outflanked them, and the militiamen made their stand on a plateau in what is now Minisink Battleground Park.  As a result of Brant's victory, on August 1, 1779 George Washington wrote to General John Sullivan, whom he had tasked to subdue the Indian populations on the frontier.  The victory would be shortlived; a month later, at Newtown, New York, Sullivan defeated the combined Loyalist and Indian forces, and proceeded to destroy other Indian villages in the area.

The Battle of Paulus Hook is another example of the war of revenge that permeated much of the Revolutionary War's engagements, and showcased the military talent of Major Henry ("Light Horse Harry") Lee, father to Confederate General Robert E. Lee.  Lee proposed a comparable raid on the British garrison and outpost at Paulus Hook, in present day Jersey City and one of the forts controlling access to the Hudson River and New York.  Lee led 300 troops in a night attack against a British contingent of 250 under Major William Sutherland.  Lee's attack on August 19, 1779 was successful in terms of taking prisoners and artillery, though he did not attempt to remain in possession of the fort, and secured another significant morale booster for the Continental Army. 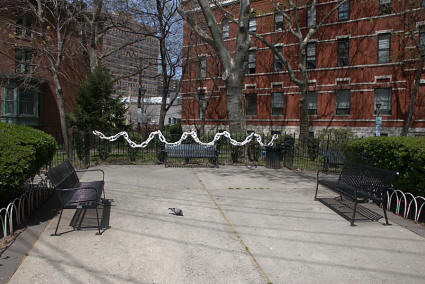 Across from fort monument and area of redoubt

Washington sent General John Sullivan into the Chemung Valley to end the British and Indian raids and incursions on the settlers, and ultimately to capture the British forts at Niagara and Oswego.   On August 29, 1779, Sullivan and from 3,200 to 4,000 men (figures vary) overcame a combined British/Loyalist and Iroquois force of about 1,100.   Sullivan destroyed various Indian villages and the battle was seen as the end of the Iroquois confederacy.

In 1780 activity in the Southern Theater of the war would begin in earnest, and the British would go from the victory of Camden to the debacle of King's Mountain.  Until then, though, the strategy was to focus on the South, and in particular, the Carolinas, in an attempt to trigger Loyalist forces.  The Americans sought to dislodge the British and disrupt such plans.  Savannah had been occupied by the British since the end of 1778.  A year later, forces under command of American General Benjamin Lincoln together with French forces under Charles Hector, comte d'Estaing, began their siege of Savannah on September 16, 1779.  The British force, under overall command of General Augustine Prevost, numbered 3,500, including 3,400 Regulars and 100 Loyalists.  The combined American-French force numbered about 5,050.  The allied forces included some 500 Chasseurs-Volontaires de Saint-Domingue, i.e., Haitian volunteers.  Also present was the Polish General Casimir Pulaski.  The British constructed redoubts outside the center of the city.  The attack failed at enormous expenses and the combined allied forces lifted the siege on October 18, 1779.  The battle has been called the bloodiest of the Revolution. 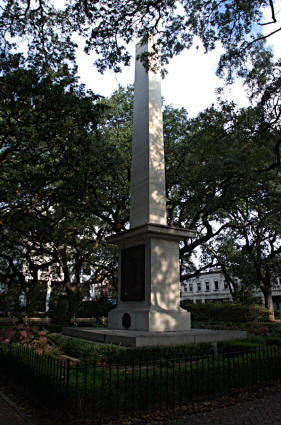