As Cornwallis was sent South to implement the British focus on the Carolinas and solicitation of Loyalist forces, Hessian General Wilhelm von Knyphausen launched the last meaningful battle in the North, with an attempt to get past the Americans at Springfield and attack Washington's army at Jockey Hollow.  Otherwise, the British successes at Charleston and Camden, while costly for the Americans and, in particular, marking the end of American General Horatio "Granny" Gates' leadership, the slaughter at King's Mountain of Loyalist forces under British Major Patrick Ferguson demonstrated the vaporous nature of Loyalist support and the unyielding resolution of the Patriots.  This was also the year when, in September, Benedict Arnold's attempt to sell plans to West Point to the British is exposed and British Major John Andre is captured and hanged.

American General Isaac Huger  was surprised in the early morning hours by British forces led by Lieutenant Colonel Banastre Tarleton and Captain Patrick Ferguson, and was forced to retreat.  Strategically, this cut off a route of escape for American General Benjamin Lincoln as British General Henry Clinton began the siege of Charleston, to the south. 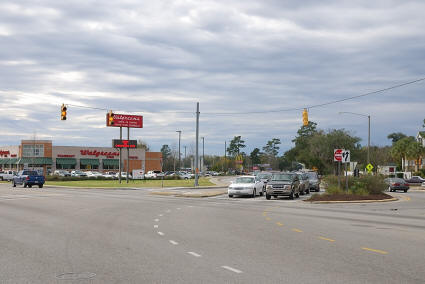 Continuing the pressure on the Americans north of Charleston as British General Henry Clinton pressed his siege of that city, Lieutenant Colonel Banastre Tarleton with 150 cavalrymen surprised American Colonel William Washington and Colonel Anthony White here at Lenud's Ferry on May 6, 1780.  The Americans had been retreating from Moncks Corner and attempting to regroup.  11 Americans died and 30 were wounded.

The second effort by British General Henry Clinton to take Charleston, South Carolina was successful.  The British fleet and troops arrived on February 10, 1780.  Together with General Charles Cornwallis and Lord Rawdon, he commanded 14,000 men and 90 ships.  General Benjamin Lincoln commanded 5,000 men.  Following a siege of about six weeks, Lincoln surrendered. 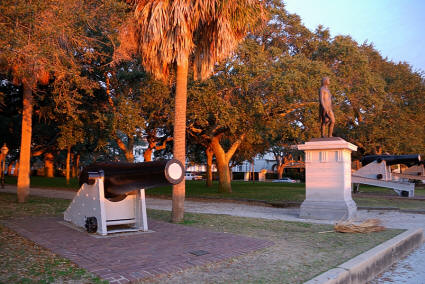 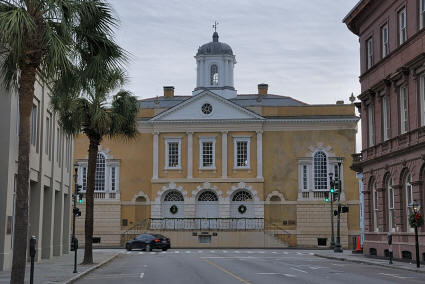 After retaking Charleston, British General Charles Cornwallis began moving inland towards Camden.  Learning that the South Carolina governor was escaping under protection of Patriot Colonel Abraham Buford and 350 Virginia Continental soldiers, he sent Lt. Colonel Banastre Tarleton and his 275 dragoons after Buford.  When Buford learned of Tarleton's pursuit, the governor left the ranks under a smaller escort.  Buford refused a demand for surrender.  The battle occurred here on May 29, 1780, a few miles east of Lancaster, South Carolina.  Tarleton's dragoons overpowered the Americans.  The British lost 4-5; the Americans, 113.  While another British victory that ultimately accomplished nothing, the battle had the effect of again enraging the Americans and providing additional impetus to their effort.

This brutal skirmish was fought June 20, 1780, not far from Charlotte, North Carolina.  Colonel John Moore, not waiting for Cornwallis, precipitated an attack by Colonel Francis Locke.  Though outnumbered two to one, the rebel militia outflanked the Loyalists.  Neighbor fought neighbor, and the retreat of the Loyalist force, much depleted, contributed to the ultimate loss of North Carolina and helped pave the way to Yorktown.

One of the larger and yet often forgotten battles of the Revolutionary War was the Battle of Springfield on June 23, 1780.  Together with the Battle of Connecticut Farms on June 7, 1780, Springfield marked the last significant effort of the British in New Jersey and the northern theater to destroy Washington's army.  Unlike some of the smaller battles and skirmishes led by Hessian commanders, such as Karl von Donop at Red Bank (Fort Mercer), Hessian General Wilhelm von Knyphausen led a force of 6,000 British and Hessian troops to attempt to engage the Continental army encamped at Jockey Hollow, near Morristown, New Jersey.  The winter of 1779-1780 was the most brutal of the war.  Knyphausen left Staten Island, landed at Elizabethport and was met with resistance along the road from Elizabeth.  At Connecticut Farms (now Union Township), he defeated the Americans but had been delayed in their effort to reach and take Springfield. Reevaluating, Kynphausen withdrew to Elizabethport.  The plan, implemented two weeks later, was not to advance back through Connecticut farms and send a second column to the north, almost parallel, to take Hobart Gap and through the Wachung Mountains to Jockey Hollow.  General Nathanael Greene commanded 1,500 Continental forces, supplemented by 500 militia.  Significant delaying actions were fought on the southern perimeter, and the northern attack was halted by forces under General John Stark and supplemental militia.  Knyphausen withdrew to Elizabethport. 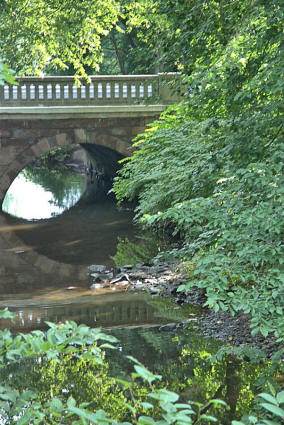 British General Charles Cornwallis had created a series of outposts and garrisons in a crescent leading out from Charleston.  As part of the South Carolina campaign in 1780-1781,  militia General Thomas Sumter launched an attack on the British garrison at Rocky Mount on August 1, which was repulsed.  He followed that up on August 6 in a surprise attack on the 1400 British Regulars and Loyalists in the area of Hanging Rock.  Brutal fighting inflicted some 192 casualties on the British. There were 56 American casualties.  While the Americans hurt the British more than the British hurt the Americans, the British garrison survived and the Americans left the field. 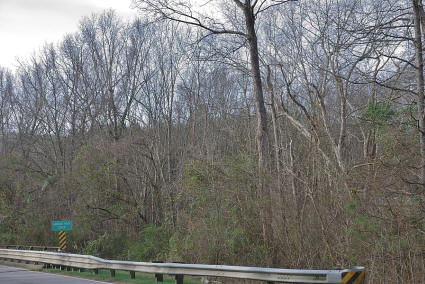 Camden, South Carolina was a significant inland town and fortified garrison for the British.  On the evening August 15, 1780, upon learning of the proximity of American forces under General Horatio Gates,  General Charles Cornwallis sallied forth northward from Camden to engage.   Following some skirmishing through the night and maneuvering for position, Cornwallis attacked at dawn on August 16.  The American center and left panicked and fled, and British Colonel James Webster took advantage of the situation, wheeling his right flank against the American left.    As Gates raced away from the battle in a career-ending flight, British Lieutenant Colonel Banastre Tarleton pursued Americans for miles beyond the battlefield.  The battle occurred some seven miles north of Camden. The battlefield itself remains in a relatively raw state; some markers are included to assist orientation.  The troops lined up perpendicular to the Great Wagon Road, which they straddled; some footprint of the road remains alongside the paved contemporary road.  While Camden was a costly and embarrassing defeat for the Americans, it caused the replacement of Gates with General Nathanael Greene and a more successful campaign in the South.

The battle in the Upcountry of South Carolina occurred on August 18 just two days after the American defeat at Camden.  American militiamen were led by Colonel James Williams, Colonel Elijah Clark and Colonel Isaac Shelby.  British and Loyalist troops were led by Colonel Alexander Innes, Captain Abraham DePeyster and Colonel Daniel Clary.  This was another bitter and intense skirmish reflective of the civil war nature of this conflict.  600 British faced 300 Americans. The British forded the Enoree River and attacked the American forces, who took advantage of the woods to drive back the British. 4 Americans were killed and 8 were wounded.  More than 220 British were killed or wounded. 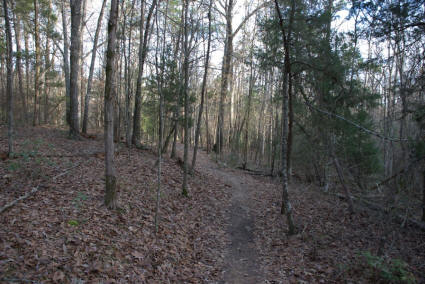 Area of British attack and retreat

The first siege of Augusta was September 14-18, 1780.  The city had been held by Loyalist Lieutenant Colonel Thomas Brown, commander of the Provincial King’s Carolina Rangers, since June 8, 1780.  This followed the surrender of General Benjamin Lincoln to the British at Charleston on May 12, 1780.  Lieutenant Colonel Elijah Clarke led a force of about 550-600 men (Florida Rangers, Creek and Cherokee Indians) against about 500 Loyalist forces and 1,000 Creek Indians.  The main defenses were Fort Cornwallis at the northwestern edge of the city with Fort Grierson about half a mile to the west.  Clarke divided his force into three wings; fighting occurred on the western edge, along what is now called Battle Row, and Clarke, in the center, attacked around Fort Cornwallis and along what is now the Reynolds Road area, Fighting occurred to the west, but the Americans could not take the city.  By the 18th, Lieutenant John Harris Cruger of Ninety-Six arrived with reinforcements.  The Americans were forced to withdraw. 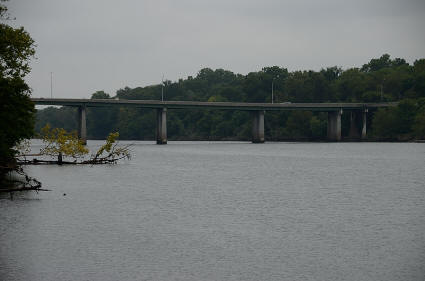 Following the humiliating defeat of the American army at Camden on August 16, 1780, British General Charles Cornwallis was determined to regain momentum in the war, recover North Carolina, and reinvigorate Loyalist support.  As Cornwallis headed toward Charlotte, Major Patrick Ferguson sought to engage local militia that were in pursuit of his Loyalist forces.  He encamped on the ridge on King's Mountain about 35 miles from Charlotte.  The Patriot forces included Virginia, South Carolina, North Carolina and Tennessee militia units, which surrounded the mountain and assaulted.   Ferguson was killed, and Cornwallis lost his left wing, delayed his advance and enabled Nathaniel Greene to establish his command over the American forces operating in the South.