Benjamin Franklin, John Jay, Henry Laurens and John Adams began negotiation of the peace treaty in April, with their counterparts David Hartley and Richard Oswald.  Meanwhile, miscellaneous militia actions ranged from Kentucky and Ohio to the East Coast and from Maine to South Carolina.

Captain Joshua Huddy, commander of the garrison at Toms River, New Jersey, who was hung unceremoniously by the British after his capture, resulting in the 18th century equivalent of an international incident.  Salt was made here, and the blockhouse was defended by Huddy and 25 men.  A Loyalist force of about 40 men and 80 armed British sailors under Captain Evan Thomas overwhelmed the fort.  A demand for surrender had been rejected.  In addition to Thomas, the British were led by Lieutenant Owen Roberts of the Bucks County (Pennsylvania) Volunteers.  This was a fierce fight involving bayonets and pikes.  Huddy and 13 men were captured.  Seven Americans and two Loyalists were killed. 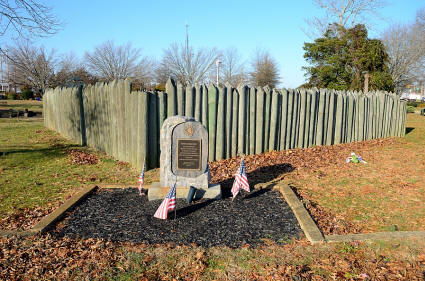 Facsimile of blockhouse near actual site

Captain Andrew Steelman of the American privateer Alligator found an abandoned and stranded cutter in Barnegat Bay in the vicinity of present-day Barnegat Light.  They spent a day unloading the cargo and camped on the beach that night.  On October 25, 1782, a year after the Continental victory at Yorktown, the Tory Loyalist John Bacon attacked Steelman and his men in their sleep.  21 Americans were killed.  The episode gave a sense of urgency to the Patriots, and two months later Bacon was finally killed after the battle of Cedar Creek Bridge.

There seems to be some disagreement over the actual last land battle of the Revolutionary War, but the battle at Cedar Creek Bridge in New Jersey on December 27, 1782 was the last reported engagement for that year by Howard Peckham in The Toll of Independence; five minimal engagements occurred in 1783.  Local militia under Captains Richard Shreve and Edward Thomas sought out the Loyalist Captain John Bacon.  At a local tavern they they were themselves surprised by Bacon and his forces.  Bacon was reinforced by other Loyalists, and escaped.  One American was killed and another was wounded.  One Loyalist was killed, four were wounded, and seven were taken prisoner.  A few months later, on April 3, 1783, at Egg Harbor, New Jersey (one of Peckham's five engagements in 1783). Bacon was killed by Shreve's militia - after the peace treaty was signed. 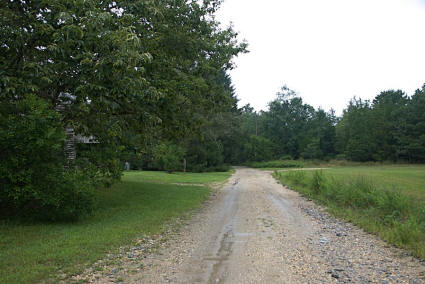